Join the Grand Tourney in Knight Squad 2 on April 14

Greetings Xbox Community! I’m Laurent Mercure from Chainsawesome Games and I’m excited to finally announce our release date for Knight Squad 2. Mark your calendar; Our explosive medieval party game is slated to hit Xbox One on April 14th. You can pre-order it here today.

Since our first demo in Summer 2020, we’ve shared a ton of information about the new features waiting for Knight Squad players in the sequel. We revealed Payload Mode, Painter Mode, Minion Master Mode, and a ton of new power-ups, but we’ve kept a big addition a secret.

In Knight Squad 2 you can take part in a tournament. We believe this will be the most popular way to play.

Needless to say, since the first Knight Squad was released in 2015, we’ve seen a lot of people playing our 8-player dungeon brawler. We have found that friends often spend much of their game time together deciding which of the many game modes to play. Too many times we’ve seen people only play one mode (it’s always Last Man Standing) because that way it’s easier, much like watching a TV series, rather than trying out the new movie your friends told you about . We love all of our game modes and even for us it is sometimes difficult to choose.

We also wondered why Last Man Standing mode is so popular. Part of what makes this mode intense is that it’s one of the few modes that doesn’t have a timer. A player who is behind the scoreboard with a large zero can make an exciting comeback and the tension builds as the game progresses. Could all modes benefit from this building tension?

All of that thinking brought tournament mode to life. 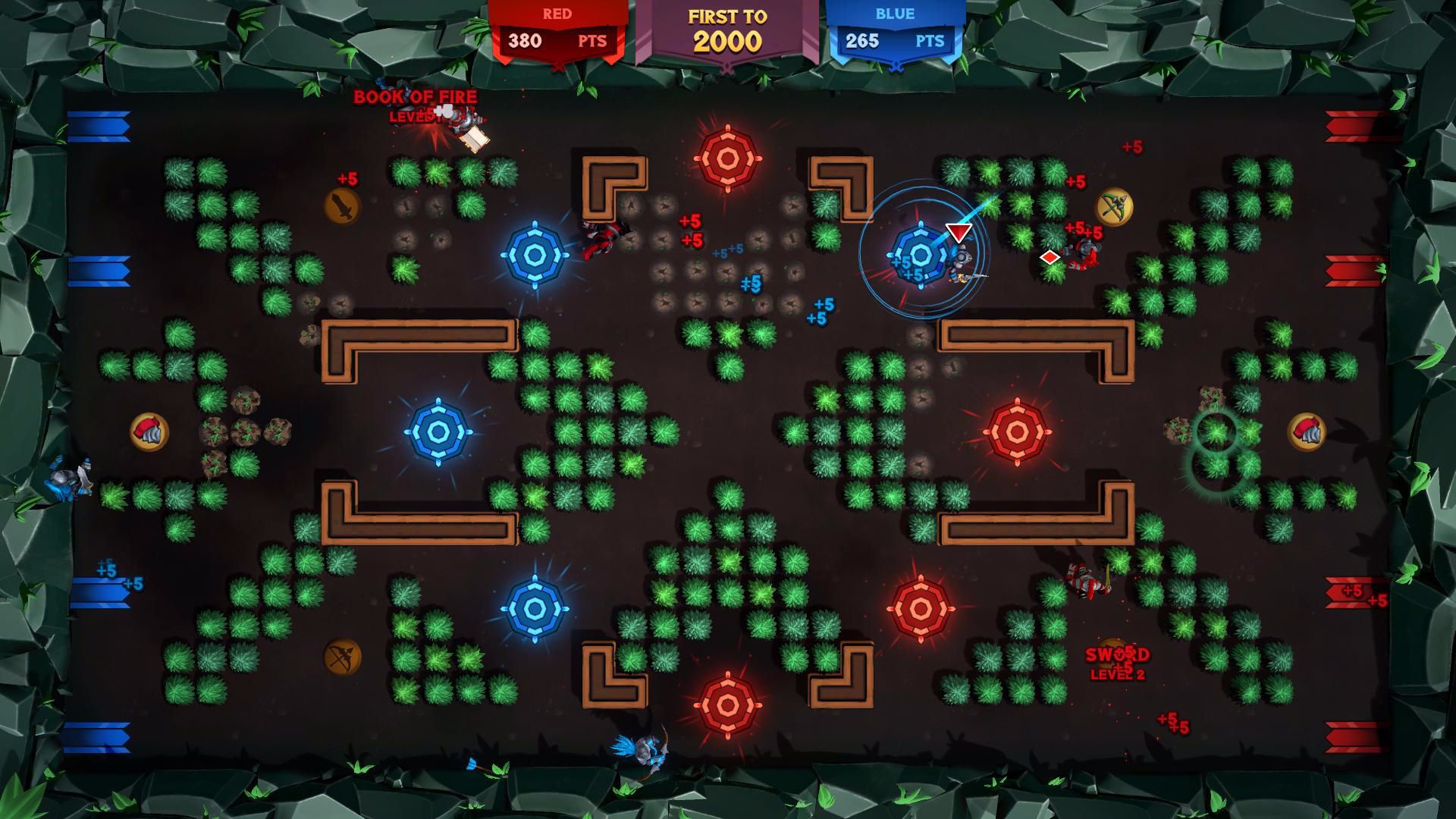 In tournament mode, you and your friends compete against each other in a series of random games with points-based goals. The first player to score three wins is crowned champion. You can play it in free-for-all, in duos or in squads and all 13 game modes are adapted to the tournament. For example, a soccer game will automatically end when a team gets a score of 2, and a game of Gladiator will end when a player gets a score of 500.

We can’t wait for the Xbox community to step in Knight Squad 2 on April 14th and witnessed splendid tournaments. Make sure to pre-order the game, join our Discord, and rally your friends. Stay great!

Knight Squad 2 is a chaotic arcade multiplayer game for up to 8 players. Choose an eccentric knight and fight for glory with crazy weapons. Triumph over your friends in a ridiculous number of game modes, both locally and online. PREPARE TO ENJOY … Local and Cross-Platform Online Multiplayer – Gather friends and / or challenge complete strangers, regardless of which platforms they choose to play on. A ridiculous amount of game modes – beat a battle royale, conquer the grail, push the payload, hunt for souls, become the minion master, and more. Crazy Weapons – Arm your knight with weapons from the Middle Ages such as the noble bow, the exotic boomerang or the sneaky mines nearby. Customizable Gameplay – Increase the mayhem by activating the slippery floor, exploding corpses, or switching starter weapons and upgrades.

Vaccinated people who had Covid may have more protection against variants

Stock futures are flat after the Dow closed at a record

Montana opts to end $300 unemployment boost. Other states may, too