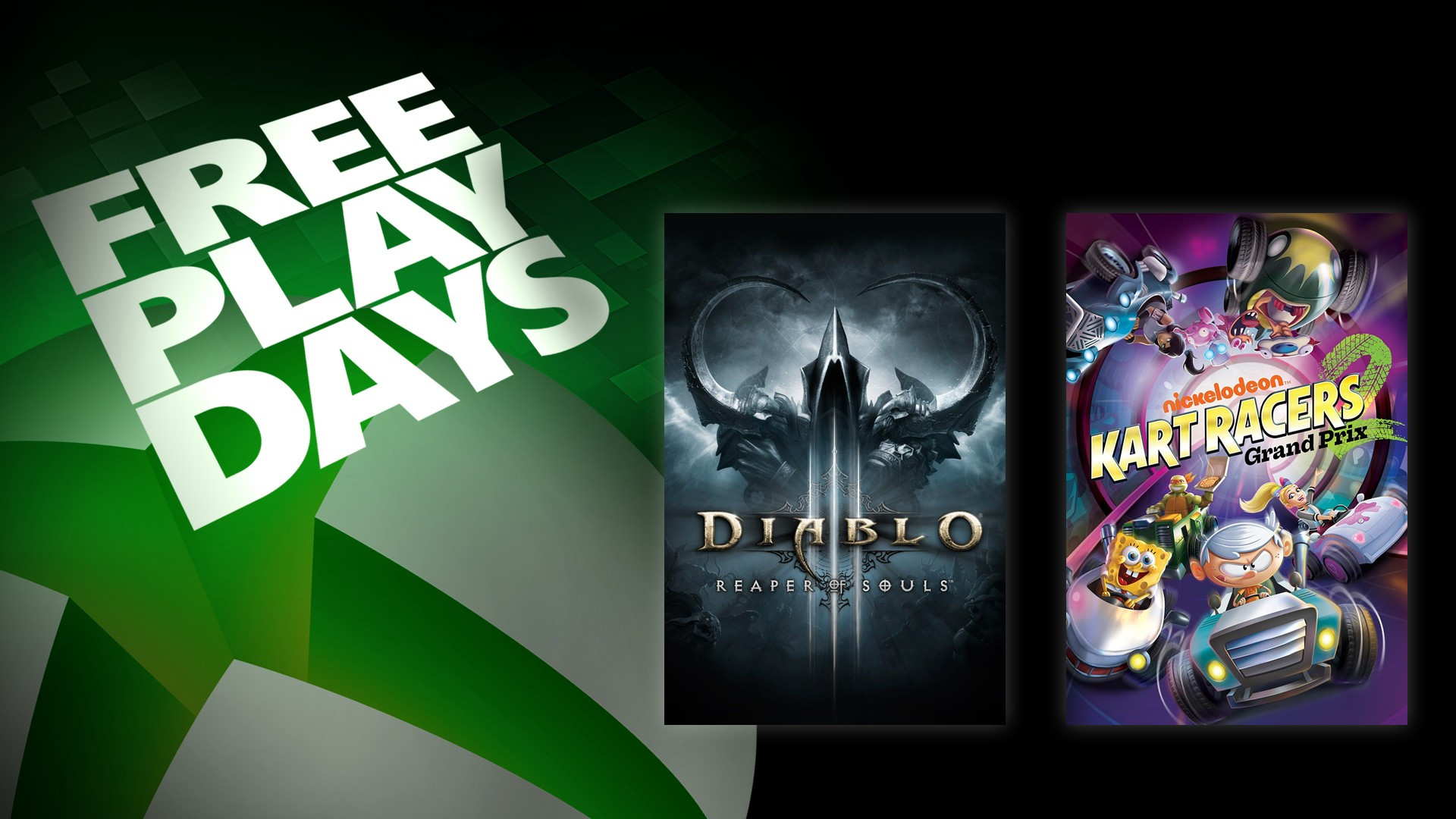 Race with your favorite Nickelodeon characters or raise hell against the enemies of the mortal realms. There is something for everyone on this weekend’s Free Play Days. Nickelodeon Kart Racers 2: Grand Prix and Diablo III: Reaper of Souls – Ultimate Evil Edition are available to Xbox Live Gold and Xbox Game Pass Ultimate members to play Thursday, February 25 at 12:01 a.m. PST to Sunday, February 28 at 11:59 p.m. PST.

How to start the game

Find and install the games here on Xbox.com. When you click through, you’ll be taken to the Microsoft Store, where you’ll need to be signed in to see the option to install with your Xbox Live Gold membership. To download to the console, click the Subscriptions tab in the Xbox Store and go to the Gold Members Area to find the Free Play Days collection on your Xbox One.

Buy the games and other editions with a limited time discount and keep playing while keeping your gamerscore and achievements achieved during the event! Please note that the discount percentage may vary depending on the region.

Nickelodeon Kart Racers 2: Grand Prix
Nickelodeon Kart Racers 2: Grand Prix can be played on the weekend of the Free Play Days! Race as 30 different Nickelodeon characters including SpongeBob Squarepants and Patrick, both Aang and Korra from Avatar, members of the Loud family, or one of the four Teenage Mutant Ninja Turtles among many others. You can also choose from 70 Pit Crew Nickelodeon characters who will give you upgrades like extra boosts or more shield. If you can’t get enough during Free Play Days, the game will be discounted by 50% during and the following weekend. Go for the slime and run to victory for free starting February 25th!

Diablo III: Reaper of Souls – Ultimate Evil Edition
Rise against Hell as one of the last defenders of mankind – crusader, barbarian, witch doctor, demon hunter, monk or wizard – and collect legendary loot as you master devastating new powers and abilities. Channel the power of shadows with Shades of the Nephalem in Season 22 and unlock new rewards. Play alone or form a group of up to four heroes, either with local split-screen multiplayer or online with friends. The Ultimate Evil Edition includes both Diablo III and the Reaper of Souls expansion set. To keep the action going, pick up Diablo III: Eternal Collection, which will be available in stores through February 28, and all of the content from Diablo III: Reaper of Souls – Ultimate Evil Edition and the new Necromancer class in The Rise of the Necromancer contains DLC.

A French Monument Remains Every Bit as Grand on Film

He Built a $10 Billion Investment Firm. It Fell Apart in Days.